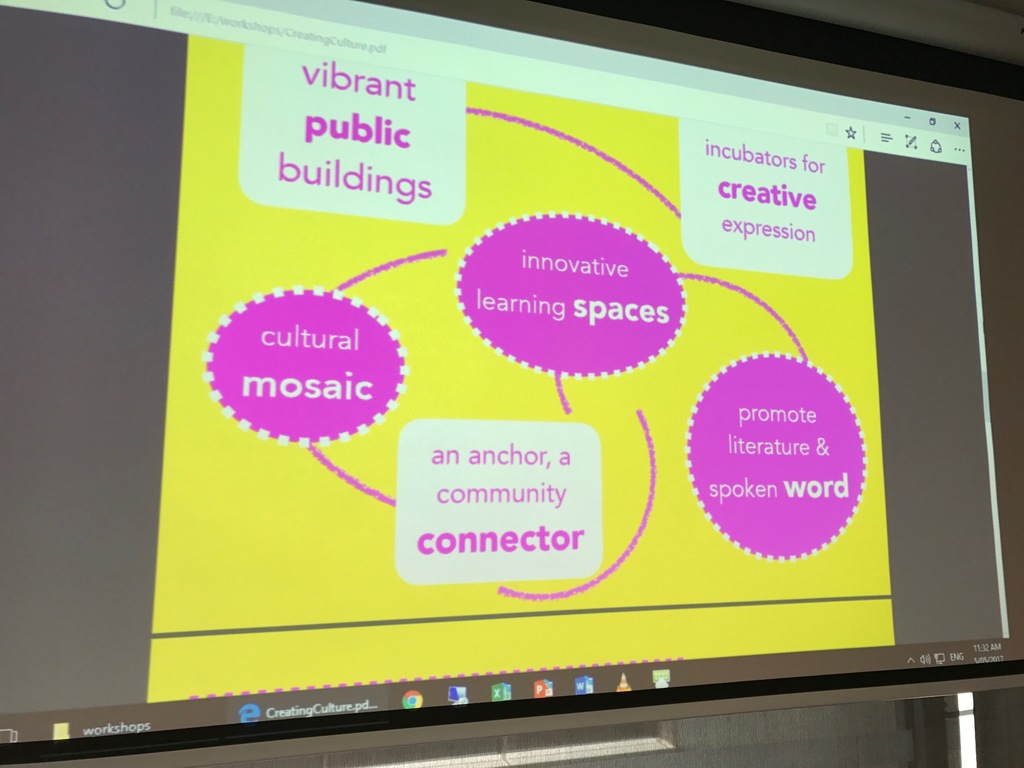 Creating Culture pilot workshop in Sydney, Australia on 4 May. Thanks to public librarians from across Sydney and from the State Library of NSW who came along to test the workshop design.