Join us at the Next Library® Conference Berlin 2018 - for networking, inspiration, engaging meetings, co-creation and much more! This year, the Interactive Session Hosts and Ignite Next Library Talkers are coming from 28 countries. Get your ticket now – registration is open! We look forward to seeing you in Berlin!

We are happy to announce Dr. Stefan Kaduk as another one of our great keynote speakers at Next Library® Conference Berlin 2018.

He is founder and partner of German “Musterbrecher Managementberater” (“Pattern Breaker” Consultancy) and has been a lecturer at universities of applied sciences and training institutions. He’s published in the field of leadership and change management; for instance as co-author of the books »Musterbrecher® – Führung neu leben« (Pattern breakers – Re-identify…

We are happy to announce Nina Simon as another one of our great keynote speakers at Next Library® Conference Berlin 2018.

Nina Simon designs and researches participatory, community-based institutions. She’s the Executive Director of the Santa Cruz Museum of Art & History and author of…

We are happy to announce David Lankes as one of the keynote speakers at Next Library® Conference Berlin 2018.

David Lankes is the director of the University of South Carolina’s School of Library and Information Science, and recipient of the American Library Association’s 2016 Ken Haycock Award for Promoting Librarianship. His book, The Atlas of New Librarianship won the 2012 ABC-CLIO/Greenwood Award for the…

We're happy to announce that six emerging leaders in U.S. public libraries will be selected and given travel awards to attend the Next Library® Berlin 2018 Conference from September 12-15, 2018, under federal grant no. SGE-210-17-GR-0148 provided by the U.S. Department of State and the American Embassy in Berlin. The American Library Association’s Europe Committee and members of the Next Library® Advisory Board are assisting the…

Call for Proposals out for Next Library Berlin 2018

We are now open for your proposals for Ignite Talks and Interactive Sessions! “Encourage the unexpected” is the motto for the Next Library Conference in Berlin. For more information about the Call for Proposals, the overall themes for the conference and how to send a proposal, please check the webpage. We are eagerly awaiting your proposals which you can send until 19 January 2018!…

Keeping them hooked: An investigation into the drivers and barriers to successful volunteer use in Public Libraries (RDF18/CIS/CASSELDEN)

Project Description Volunteers have increasingly become more involved in public library delivery within the UK, such that between 2010 and 2016 a quarter of all UK library jobs disappeared, 343 libraries closed, and 15,500 volunteers were recruited (Wainwright 2016). This mixed delivery of public libraries is part of a more general…

Last call: book your seat for a sitevisit! Have you booked your seat for one or more sitevisits? Deadline is extended to May 8! This means you still have an opportunity to get to visit innovative branch libraries, LEGO Idea House, Billund, Silkeborg and Herning Libraries, Moesgaard Museum or learn about design thinking in practice, new street food concepts and…

We are happy to announce Peter MacLeod as one of the keynote speakers at Next Library 2017. Peter…

Next Library badges are sold out in only 12 days. But - you can still register on the waiting list!

We are excited to announce our first keynote speaker: Philipp Schmidt from MIT Media Lab. Join us for Next Library 2017 - for networking, inspiration, engaging meetings, co-creation, surprises and much more!

This year more than 25 countries are already represented among our Interactive Session Hosts, Ignite Next Library Talkers and Scholarship Grantees!

EIFL and Next Library® are delighted to announce the names of six winners of a scholarship to attend the 2017 Next Library International Festival in Aarhus, Denmark.

Each of the six winners will participate in the Festival by helping to shape the programme,…

We are excited to announce that the EIFL Public Library Innovation Award - for public library services that improve lives - is now open for applications. The winner will be presented at Next Library 2017.

The award is open to all public and…

The Joy of Reading Award is open for applications!

Illiteracy is a global problem. The Systematic – Joy of Reading Award, worth $10,000, is awarded to projects that promote the joy of reading and fight illiteracy. Check out the call for applications. We look forward to see the winner presented at the Next Library…

Scholarships for Next Library 2017

Next Library® and the EIFL Public Library Innovation Programme (EIFL-PLIP) take pleasure offering six scholarships for public and community librarians from developing and transition economy countries to attend the international Next Library 2017 in Denmark.

Call for Interactive Sessions is out - deadline: November 4!

The interactive sessions bring together library innovators, practitioners, researchers, designers and researcher from different parts of the world to discuss and explore the future of libraries. The sessions should be interactive and hands-on and we are looking for sessions that involve the participants in new ways! …

Do you want to Ignite Next Library? Call is out now!

"Enlighten us, but make it quick!” is the slogan of Ignite Talks. At Next Library® 2017 we will continue the success from 2015 and do the Ignite Next Library Talks again. 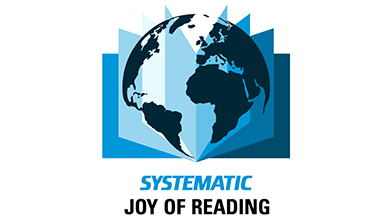