Bo Stjerne Thomsen is the Director of Research & Learning in the LEGO Foundation, aiming to empower and equip children to create a better future for themselves and their societies by ensuring the value of play is understood, embraced and acted upon. Bo Stjerne is responsible for the Foundation’s research agenda on the long-term impact of learning through play on children’s creativity, engagement and lifelong learning. The Foundation collaborates with leading academic researchers and institutions in order to build and share evidence of learning through play, and takes on the responsibility to communicate and implement this among parents, educators, companies, non-governmental organizations and policy-makers.

Bo Stjerne is an excellent researcher and innovator in combination and has recently co-authored the reports on the ‘Future of Learning’ and ‘Cultures of Creativity’ with the purpose of describing the role of creative learning and ways to support communities in stimulating creativity. He sits in the Advisory Board for the Torrance Centre for Creativity, and is driven by the urge to expand the understanding of creativity, play and learning and share the greatest ideas and achievements from world-class research.

His background is in architecture, design and engineering, and he has consulted on a range of performance spaces and learning environments across USA, Mexico, China and Denmark, before he finished his PhD on Performative Learning Environment. He has been awarded an Elite Research Scholarship from the Danish Ministry of Science and Technology, and been a visiting scholar at the MIT Media Lab, which led to a couple years designing the future of embedded robotic systems at the Danish Technological Institute. Prior to the LEGO Foundation, Bo Stjerne was heading up the LEGO Learning Institute in the LEGO Group as part of the consumer insights and experience development. John Palfrey assumed the role of Phillips Academy’s 15th Head of School on July 1, 2012. Prior to joining the Andover community, he was the Henry N. Ess III Professor of Law and Vice Dean for Library and Information Resources at Harvard Law School. He was also co-director of the Berkman Center for Internet & Society, where he served as executive director from 2002 to 2008.

Palfrey has published extensively on how young people are learning in a digital era, as well as the effect of new technologies on society at large. He is the author or co-author of several books, including Born Digital: Understanding the First Generation of Digital Natives, Interop: The Promise and Perils of Highly Interconnected Systems, Intellectual Property Strategy, and Access Denied: The Practice and Politics of Global Internet Filtering.

Palfrey joined the Harvard Law School faculty after practicing law at the Boston law firm Ropes & Gray. He was a visiting professor at the University of St. Gallen in Switzerland during the 2007-2008 academic year. He also served as a special assistant at the U.S. Environmental Protection Agency during the Clinton administration.

A teacher, author, and innovator, Palfrey has earned praise for his books and scholarly work, as well as his teaching. The Bok Center at Harvard recognized him in 2007 for Distinction in Teaching. In 2005, he earned a Dean’s Commendation for Excellence in Teaching from the Harvard Extension School. 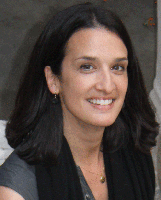 Tina serves as Executive Director of READ Global, an international   nonprofit organization that partners with rural communities in Bhutan, India and Nepal to build READ Centers which serve as platforms for education, economic empowerment and community development.  READ places particular emphasis on empowering women living in rural communities, where READ Centers serve as a safe space for women to gather, learn and support each other.  READ has been the recipient of the Bill and Melinda Gates Foundation’s Access to Learning Award and most recently received the 2013 Lipman Family Prize, administered by the Wharton School and the University of Pennsylvania.

Tina brings a wealth of for-profit, non-profit and social sector experience to READ. Before joining READ, she served as Deputy Director of Social Venture Network (SVN), a peer-to-peer network of hundreds of social entrepreneurs working together to solve critical global issues through business. During her tenure, Tina created and managed the SVN Innovation Awards, a program recognizing social entrepreneurs who are changing the shape of business. Before that, Tina served as one of the first volunteer Chapter Leaders for Room to Read, an international nonprofit providing educational opportunities for children in the developing world. Tina managed the Chicago and San Francisco chapters and helped raise hundreds of thousands of dollars in support of educational programs in Asia. During her five years volunteering as a chapter leader, Tina also founded and ran an attorney search firm that assisted Chicago’s top law firms with their hiring needs. Earlier in her career, Tina was a commercial litigation attorney in Chicago.

Today, Tina brings her passion for creating sustainable change to her leadership of READ Global. She was instrumental in creating READ Global’s Women’s Empowerment Centers Initiative, recognized by President Bill Clinton during the 2010 Clinton Global Initiative Annual Member Gathering. Tina received a bachelor of science in investment finance from the University of Illinois and a juris doctor from Indiana University School of Law.